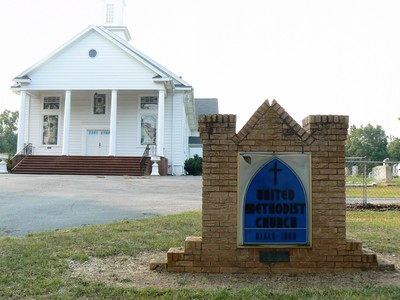 This is one of the oldest Methodist congregations in Laurens County. Its earliest records have been lost, but tradition holds that Martin Dial (1744-1843), a veteran of the Revolution, organized a “Methodist Society” about 1808. It met for years in his log cabin nearby. After a camp meeting in 1835, his family donated an acre here for the first permanent church, a log building. The present frame sanctuary was built about 1860. Dials Male and Female Academy, later Dials School, opened nearby before the Civil War and closed in the1930s. The church cemetery, dating from 1832, includes graves of veterans of American wars since the War of 1812. Dials Methodist Church is the mother of Gray Court Methodist Church (1890) and Owings Methodist Church (1920). Source: SCDAH