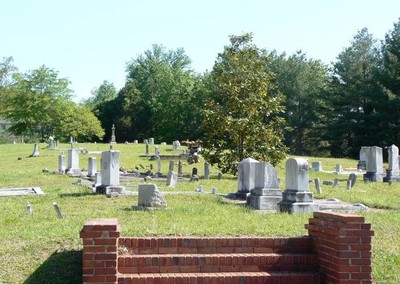 This church, founded in 1803, held its first services in the home of John Wilson and was first known as Wilson’s Chapel. That year, the congregation bought two acres here from George Head; the first church on this site was built in 1810. St. Paul’s early ministers were circuit riders, as it was part of the Saluda District until it joined the Pendleton District in 1871. The second church, a frame cruciform building, was built here in 1897; it served St. Paul’s until it was torn down in 1982. The present brick sanctuary, built in 1984, includes several architectural elements from the 1897 church. The cemetery, with graves as early as 1842, includes the plots of many early families as well as graves of veterans of seven American wars and conflicts. Source: SCDAH