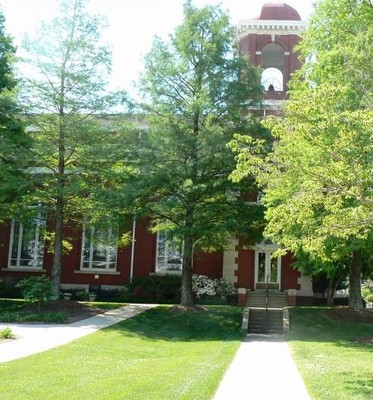 In 1828, Anderson Court House Village was established. In that same year, a group of Methodist men and women organized a church, and two years later built the first church of any kind in the village. It was built on a half-acre lot on what is now the corner of West Benson and South Murray Avenue in Anderson. The church was a small, rough log structure without windows or means of lighting or heating, built as a labor of love by one of the members, Hoyt Whittaker, Anderson’s first carpenter. It remained on the original site for 28 years. The present site on the corner of South McDuffie and East River Streets was purchased sometime later, and in 1858 a simple white frame building was erected as the second church, which served until 1888. The first bricks were laid October 5, 1886, and a brick building was erected as the third church, which was dedicated November 11, 1888. In 1897, the name St. John’s was adopted. During 1928, St. John’s celebrated its 100th anniversary. The opening of the new educational building took place that year. The fourth Church sanctuary constructed with brick walls was completed in 1912. Source: St. John’s web site (www.stjohnsanderson.com/index.htm); SCDAH