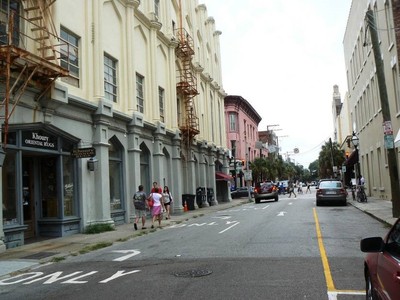 This site was the location of the first Methodist church in Charleston. The congregation was organized in February 1785 by Bishop Francis Asbury. After meeting in several locations (including the First Baptist Church on Meeting Street), the Cumberland Street property was bought and a church erected in 1786. The original rectangular wooden structure stood until a disastrous fire swept across the city the night of December 11, 1861. Cumberland Street Church was left in ashes. Her congregation joined with nearby Trinity Methodist Church on Hasell Street. The Quarterly Conference of June 1874 joined the administrative elements of the two churches. Then the December 1874 Quarterly Conference officially dissolved Cumberland Street Charge, joining it with Trinity Methodist Church. The site was placed on the UMC list of Historic Sites in 1992. Source: UMC Nomination Form